With VilleCard you can travel and explore the wonderful historical, artistic and cultural heritage of the Riviera del Brenta!
Take advantage of reduced entrance tickets to the Villas, special deals on public transport, and other discounts for shopping and food.

WHAT IS VILLE CARD

VilleCard is a discount card that offers redeced admissions to 9 villas along the Brenta Canal!
VilleCard invites you to discover the Riviera del Brenta and the excellence of its traditions:
its ancient aristocratic villas, traditional and innovative gourmet experiences, its charming river cruises, its superlative shopping...
VilleCard will carry you through the entire 2016 season, and offers you Le Delizie della Brenta, the quick and easy mini-guide to the Riviera del Brenta, which you may download on your smart phone using the QR Code on the Card.

HOW TO USE IT AND WHAT IT OFFERS

VilleCard offers discounts on admission fees to the villas, on bike rental, on river cruises down the Brenta, in the shops and the restaurants participating in the circuit.

VilleCard allows admission to the tastings offered by the Centro ENAIP at Villa Ferretti Angeli on May 26th and 9th June, introduced by a short presentation of the Villa and the architecture along the Riviera del Brenta.
Brunch with guided tasting of dishes, finger food and dessert.
By reservation only: € 10.00 per person
Tasting starts at 12:00 pm. 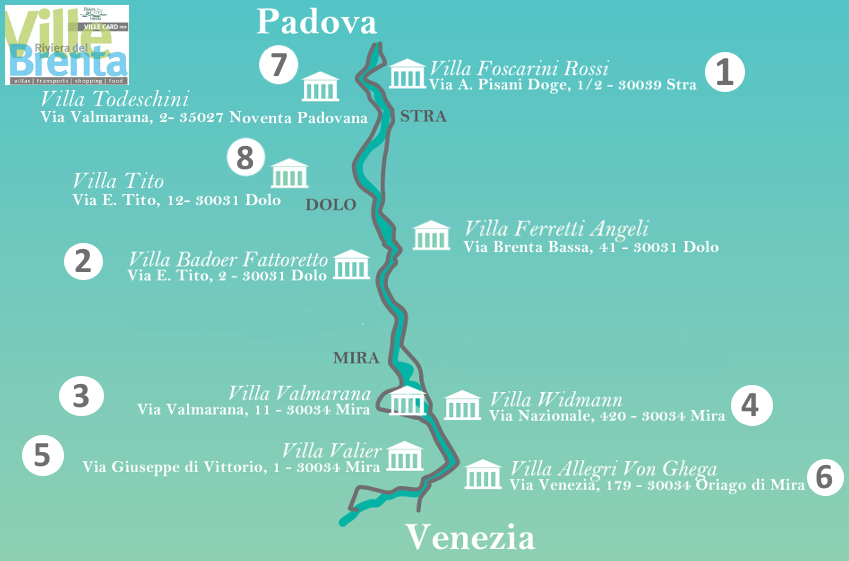