Slow tour From Lido to Pellestrina

It is said that every island is a little world in itself: for this reason, you should not miss to discover the Venice islands with a short boat trip in the Venetian Lagoon and to get to know the many different faces of Venice.
In few places in the world is it possible to forget one’s present, immersing oneself in the laid back atmosphere that one feels in some islands of the Lagoon, like Lido and Pellestrina. Who could impagine that here, not far from the famous Piazza San Marco and its busy museums, caffes and boutiques, there would be two protected nature reserves covering tens of hectares: the sand dunes called Oasi Dune degli Alberoni and the nature reserve Ca’ Roman?
Despite Lido and Pellestrina being amongst the closest islands to Venice, they are very unique: for example, in the historic city centre the canals are seen as roads and you can’t cycle along the alleys and paths, here you can pedal away happily. To get to Lido from the mainland is easy - also with your bicycle: you get on a ferry (number 17, company name is ACTV) which takes people (and their means of transport) from the island of Tronchetto to Lido. If you don’t have a bicycle, on the island you can find several places to hire one. Or, you can choose to take a more comfortable tour aboard ACTV public transport: from Piazzale Roma you get on the steamboat number 1, which arrives at Lido via the Grand Canal - it is the slowest line but you can see all around you easily as well as the beautiful old buildings which overlook the canal. 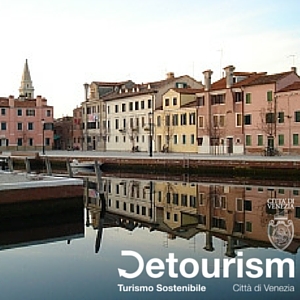 Once you have arrived at Lido, you get on bus number 11 which crosses the whole island and arrives at Pellestrina on a ferry.
On foot or by bike, from San Nicolò, the most westerly point of Lido, you can walk along the wide tree-lined roads and along the sea front towards Malamocco bridge, taking in the Liberty and Art Deco style villas and grand hotels. Everyone knows Lido for the famous international cinema festival, which brings big global stars to the island at the end of August and the beginning of September, and has been doing so since 1932. Every year there are shows, events, press conferences, parties and galas. But Lido isn’t only this: there are also beautiful beaches, which receive the Blue Flag on a yearly basis, showing the sea is clean and the facilities are well looked after. To get to Alberoni you go along the sea front and up onto on the Murazzi which are stone fortifications created in 1751 to protect the beach and the lagoon from sea storms. Here you will see the unusual sculptures made by local people with materials drifted in from the sea. The picturesque town of Malamocco is worth a visit. It’s the first settlement on the island and looks like a little Venice with canals, squares and paths. Its fish restaurants are popular with Italian film makers Mario Soldati, Fellini and Italian comic book creator Hugo Pratt. The magistrate building (Palazzo del podestà) is nice to visit, it is the permanent home to archeological finds relating to the history of Lido.
Going towards the southerly end of the island you reach the sand dunes Oasi Dune degli Alberoni, set between the Adriatic sea and the lagoon. Its name comes from the large trees which were clearly visible to those arriving by sea and which indicated the entrance to the canal port. The oasis surrounds one of the biggest and best conserved sand dunes on the Adriatic coast, with dunes as tall as 10 metres. There are paths crossing the pine forest which is 30 hectares big, and is home to flora and fauna.
When you get off the boat at the island of Pellestrina, you come across little fishing villages - San Pietro in Volta, Portosecco and Pellestrina - where it seems you have gone back to Venice of the 50s. You see the fishermens’ wives sat outside their front doors, bent over their crocheting - an island tradition like in Burano - the fishing nets spread out to dry and the children playing in each other’s houses. 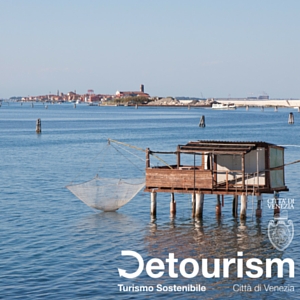 Linked to Pellestrina by the sea fortifications (Murazzi), the nature reserve Ca’ Roman is the home to unique species of birds, both water based ones like the Oyster Catcher, and Mediterranean ones like the Horned Owl and the rare European Nightjar. To visit Ca’ Roman is like going back in time and seeing the Venetian coasts of old. The reserve is also an area of interest due to the fort - Forte Barbarigo - and the Austrian bunkers, used up until the second world war. When the birds migrate, both protected nature reserve areas are a real paradise for bird watchers and wildlife photographers: in winter you can see the  Yellow Legged Gull, the European Herring Gull and the Black-throated Loon; in spring it is common to see the Sandwich Tern and the Mediterranean Gull, species which are not very widespread in Italy. 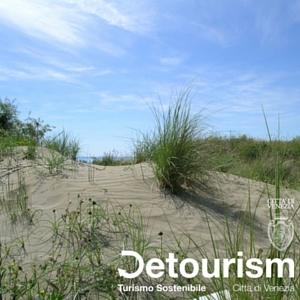