Pellestrina A hidden corner of the lagoon

Pellestrina
A hidden corner of the lagoon, a refuge for the lovers of secluded places. 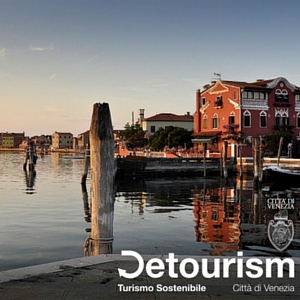 Small villages with colourful houses overlooking the lagoon, gardens in bloom, a couple of restaurants where you can taste the real traditional cuisine, sandy beaches frequented only by the locals, a tranquil seafront for lovely walks and forty hectares of a protected nature reserve - all this is Pellestrina island, a thin stretch of land between the Adriatic sea and the lagoon. You can reach it by motorboat from Chioggia or from Venice by  waterbus to the Lido and from there bus no. 11 to Alberoni, where a ferry-boat will take you to Santa Maria del Mare, the northern end of Pellestrina. The island can be visited on foot, by bus or by bike - it is impossible to get lost, just follow the road along the Murazzi (the fortifications that protect Pellestrina from the sea) which links all the small towns full of fishermen, gardeners and lacemakers where time seems to have stopped. Here, everybody knows each other, doors are never locked, the air is filled with the scent of the sea and the aroma of grilled fish, as the locals often cook their fish outdoors. Leaving Santa Maria del Mare behind you, you’ll reach San Pietro in Volta with its XVIII century church, the low houses, vegetable plots and vineyards. Then it’s the turn of Portosecco where, during summer-time you will see the lacemakers having a chat while working outside their houses or sitting in front of the lagoon. Finally there’s Pellestrina, a picturesque town with its houses dating back to the XVI-XVII century. The name of its four sestieri (Scarpa, Zennari, Vianelli and Busetti) derive from the names of the four families sent there by the mayor of Chioggia to repopulate it after it was destroyed by Genoa during the war against Venice towards the end of the 1300s. 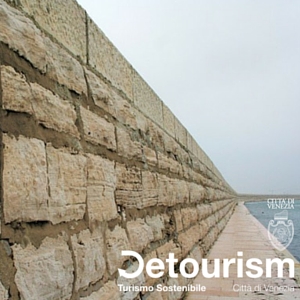 The Murazzi are Istrian stone dam walls which were built by the Serenissima Republic in the 1700s to protect the lagoon from the sea. The Museo della Laguna Sud, now open in the former Goldoni school in San Pietro in Volta (booked visits only), tells the story of the Murazzi and of the flooding in 1966. Nowadays, the Murazzi are popular with people who want to sunbathe in peace.

Lace has been produced in Venice since ancient times: bobbin lace, typical of Pellestrina, is made by weaving cotton threads that unroll from special spools that are called fuselli (bobbins) on a round cushion called a tombolo (balòn in Venice).

The best of Venetian cuisine

Pellestrina island is the realm of seafood dishes. A variety of restaurants and taverns prepare the famous cicheti of the lagoon and many of the delicacies made with fresh fish - schie (local shrimp), shrimp, eel or cuttlefish, mantis shrimp and scallop starters followed by fish lasagne, fried squid, cuttlefish in a tomato sauce or grilled served with local vegetables. 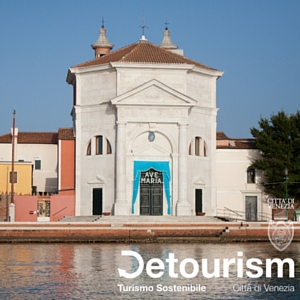 Island feasts and festivals in the summer

Madonna dell’Apparizione feasts and Pellestrina boat-race
To better savour local hospitality and immerse yourself in a real town feast, just visit the island during the Madonna dell’Apparizione, celebrated every year on 4th August. There is now the small Sanctuary between the Vianelli and Zennari sestieri, where the Virgin Mary is said to have appeared on 4th August 1716 to a local boy, Natalino Scarpa dei Mutti announcing (in Venetian dialect, of course!) the victory of the Christians against the Turks. The event is celebrated with popular dances, boat races and local food. In addition, on the first Sunday of August, there is the traditional Pellestrina boat-race, attended by hundreds of rowing enthusiasts.
Another celebration is the Santo Stefano festival in Portosecco, which ends on 15th August. The locals decorate their houses with coloured bunting and celebrate with tasty local dishes, games, music and the traditional boat-races. The highlight of the festival is the procession with the wooden statue of St. Stephen, which is carried around by the locals along the roads of Portosecco. 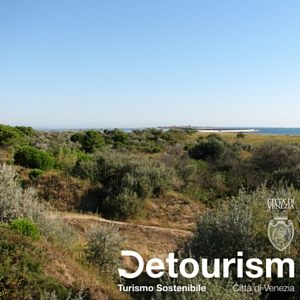 It really is worth visiting the Ca’ Roman nature reserve on the southern end of the island. An unspoilt beach awaits you, surrounded by dunes that separate it from the thick woods in which many protected species of birds live. Chioggia and its port can be seen from the end of the path that crosses the woods towards the jetty and the lighthouse.